The hottest advertising trend in 2018? Billboards. 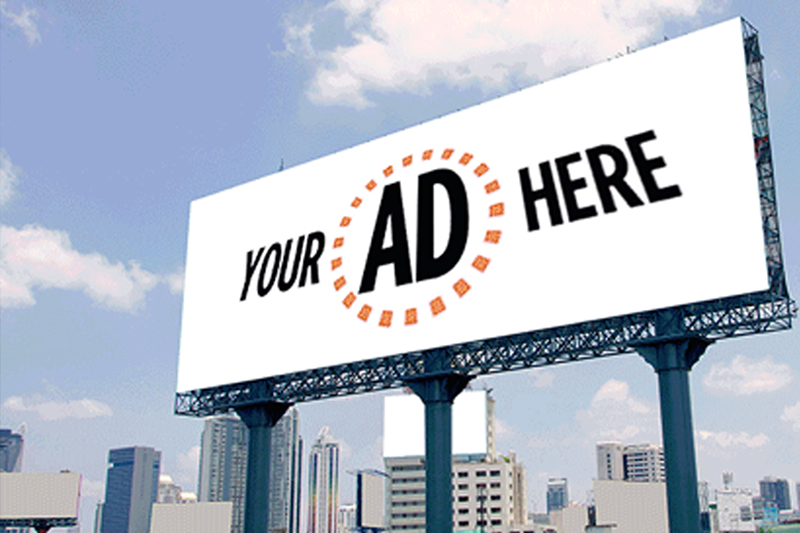 As other traditional media flounders in the digital age, billboards have managed to thrive.

On the streets of San Francisco — ground zero for all things online, virtual, and digital — tech companies are sneaking out into the “real” world.

“A decade ago, billboards were seen as outdated and irrelevant…. …Today, in the midst of an online marketing boom, they’re one of the fastest-growing ad commodities on the market.”

In the days of limited metrics, billboards were the ad medium du jour.  But more measurable formats like radio, television, and the internet came along, bringing with them a demand for hyper-granular data points, social targeting, impressions, and engagement.  By all accounts, billboards should have become a relic of the past — but they didn’t.

Billboards fall under the larger category of “out of home” (OOH) ads. This includes every type of ad you see outside of your home, be it on a subway, a truck, a telephone booth, or the body of a naked cowboy.  Billboards make up 66% of this market.

This type of advertising only makes up about 7% of the total ad spending pie. But while radio, print, and television ads have declined in prominence, OOH ads have enjoyed 31 consecutive quarters of growth, and a 35% increase in ad spend since 2010. By 2021, billboards are expected to grow to a $33B industry.

Instead of crumbling in the face of evolving technology, billboards have evolved with the times. Though rooted in the physical world, today’s OOH ads have progressed to the point where advertisers can now track nearly all of the same metrics with a billboard as they can with a digital ad.  “We took this old thing,” says one industry insider, “and made it sexy.”

Lamar, one of the largest billboard owners in the US, works with third-party data providers to collect information on everything from weather to traffic conditions, and uses it to change its digital billboards in real-time.

By working with digital instead of fighting against it, the age-old billboard industry has managed to stay relevant, desirable — and, most importantly, effective.  A recent Nielsen study found that combining billboards and digital ads can lead to a 4x increase in online activation.

Other studies have shown billboards can lead to lifts of 54% in search traffic, 38% in Facebook interaction, 25% in Instagram engagement, and 47% in sales activation.  That’s better than radio and print — and just below what you get from a TV ad, for the fraction of the price.

When you break down the CPM (how much it costs for every 1k people who see the ad), billboards are, on the whole, more affordable than other types of ads.  With an average CPM of $5.22, billboards are, in may cases, less cost prohibitive than online ads, which continue to balloon in price.

The competition for our eyeballs is fiercer and more complex than ever before — and it has been compounded by the rise of online ads, which multiply like fly larvae every time we open our internet browsers. Advertisers only have milliseconds to capture our ever-shrinking attention spans in a crowded, fleeting space.  In this era of oversaturation, billboards enjoy a unique advantage.

“It’s one of the few channels where you have some assurance you have the audience’s attention,” says Drew McLellan, founder of the ad consultancy AMI. “Today, we watch TV with an iPad in our lap, while checking email on phone… 2,3, or 4 screens isn’t unusual. When we drive, we can’t do that.”

In a way, we’ve come full-circle, back to the circus.

Today, the ringleaders are corporations — and they’re returning the roadsides in droves, employing a mix of technology and sensationalism to tap into our primal desires.

And, at least for now, it seems to be working.